The Easiest Way to Sell Your Unwanted Toyota

Sell your Toyota car of any state. We buy cars that are wrecked, ones that are not running and scrap, junk, and accident Toyotas. We offer the convenience of fast and easy cash quotations on your unwanted Toyota truck, van, car, SUV, or 4WD and that starts with you calling us. You can sell your Toyota car the very day you contact us. Whether the latest Toyota Corolla model or a newer Toyota Camry CNG Hybrid, we will pay up to $8999 instant cash. We are the best in the business. You do not need to look anywhere else. Just come to us and we will do it all for you. We are the best in the business. Also, we always offer a fair price. This is one of the best things you can think of.

Noble cash for cars is a Toyota cars buyer and Toyota car wrecker in Melbourne that has received our legacy as being an honest and straightforward car removal company. Give us a call today. Call us at 0409 526 398 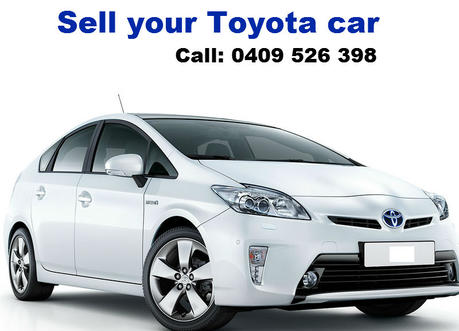 Cash for Toyota Cars All Model and Make

Sell your Toyota Cars that are used, in wrecked condition and have mechanical issues.

We Buy Every Condition of Vehicle:

At Noble cash for cars, car owners that have scrap, waste accident as well as cars that are beyond repair, have a buyer when they give us a price. We are Toyota car wreckers that can ruin car 100%.